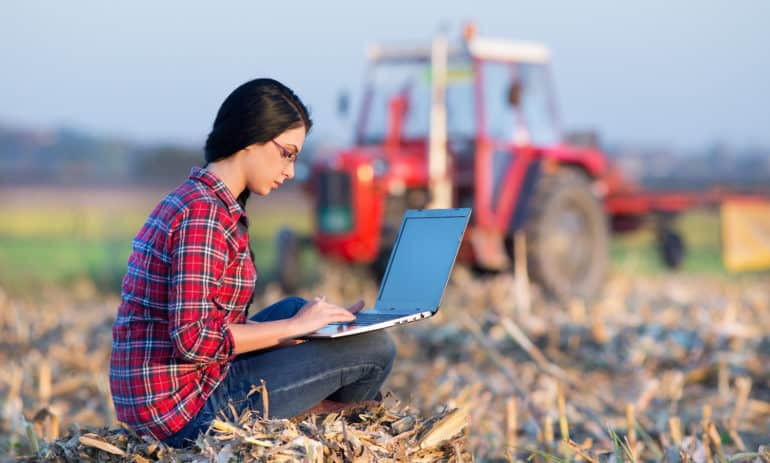 At Food Tank, we are constantly amazed by the variety of ideas, initiatives, businesses, and research put forth by talented individuals making waves in the food and agriculture sectors. They come from varying backgrounds, regions, and perspectives, and represent a wide range of ages.

Our present food system has been shaped by the combined efforts of both the innovative food leaders that have come before us and those that stand beside us, making the prospects of its future exciting and inextricably linked to our current efforts and the efforts of the generation of leaders yet to come. No matter their age, we appreciate and are inspired by those individuals working towards creating a better food system for all.

To highlight the work of some of the younger leaders out there, here are 20 emerging and established changemakers under 40 years old, who are already shaping the future of our global and local food systems.

Believing that kitchens can be drivers of social and economic good in communities, Paley co-launched Kitchens for Good (KFG) in 2014 to combat food waste and hunger, while providing culinary job training for the chronically unemployed in San Diego, California. The social enterprise helps develop community kitchens by rescuing surplus and imperfect food from farmers and wholesalers and transforming it into healthy meals for families in need. As KFG’s Director of Programs and Communications, Paley oversees all job training, hunger relief, and food rescue programs in addition to running the organization’s marketing and communications.

Castro has spent the last ten years as an entrepreneur, community organizer, and sustainability professional. In 2008, he co-founded IDEAS for US, a global nonprofit that works to help people develop innovative solutions to advance sustainability and fund local initiatives around the world. In 2014, he helped to co-found Fleet Farming, an organization working to reduce the impact of food production through a bike-powered, hyperlocalized urban farming model that transforms lawns into gardens. Castro is currently serving as the Sustainability Director for the city of Orlando, Florida.

Bradshaw is the founder and director of Dreaming Out Loud, a social enterprise that is rebuilding urban community-based food systems in the D.C. metro area by creating economic opportunities and helping develop low-income entrepreneurs and cooperatives. Bradshaw additionally serves on D.C.’s Food Policy Council and was selected as an Ashoka-American Express Emerging Innovator in 2015. He was also a finalist for Ashoka Changemakers’ Nutrients for All competition.

Gould started Food + Tech Connect in 2009 as a resource and connector for the food tech sector. Passionate about collaboration, technology, and the food system, she regularly speaks and consults within the tech community to help build a community of food innovators. Most recently, she launched Food + Tech Ed, an online food business community and platform that provides courses for individuals looking to enter the food and food tech industry.

As the program director of Dare to Innovate in Guinea, Diallo has helped to launch and train 27 aspiring “agroprenuers” throughout the region. As a result, the pilot program has overseen the disbursements of startup funding to seven businesses across Guinea. Currently, he is working to formalize and implement an annual agroprenuer incubator program.

Lutz is the founder of Hungry Harvest, a company that recovers “ugly” produce from farms and delivers it to its growing network of customers. For every box of produce delivered, it subsidizes or donates one to three pounds of produce to those in need. Lutz started Hungry Harvest during his final year of college to redefine food waste and create positive impact in his surrounding Baltimore community. Hungry Harvest now serves Maryland, D.C., Northern Virginia, Philadelphia, and Southern New Jersey.

Hellen first learned about the role agriculture plays in how we treat the environment while studying at Warren Wilson College. After graduating, she continued to be drawn to farming’s dualistic nature as a livelihood and means of activism. As a co-owner and farmer at Free Union Grass Farm, she uses rotational grazing and portable infrastructure to raise diversified livestock in a holistic manner that works alongside nature.

Co-founder of Rebel Ventures, Stein works with a crew of West Philadelphia high school students to develop and distributes healthy and delicious snack products to kids in their Philadelphia community to combat childhood obesity and educate on healthy, balanced, diets. In January, he and his Rebel Ventures Crew introduced its latest product, Rebel Crumbles, into 235 public schools in the School District of Philadelphia.

With an academic background in International Relations, Tucker has always been interested in development and working with communities to improve their relationship with the natural environment. As the Director of Kiss the Ground, an organization that advocates for soil restoration worldwide, Tucker assists the organization in producing media content, engaging homeless youth in their community garden, and building support for rebuilding soil composition.

Shute is the Executive Director of the National Young Farmers’ Coalition (NYFC) and an active advocate for independent and sustainable farms. A farmer herself, she co-founded NYFC as a platform for young farmers to become involved with and actively influence the structural obstacles they face. In 2014, the White House named Lusher Shute “Champion of Change.”

In addition to being a TV producer, director, and documentary filmmaker, Siewierski is an environmental and health activist. His latest documentary, “Food Choices,” investigates how the food we eat impacts human health, the environment, and the existence of other species.

While still students at New York University, Goel and Dehradunwala co-founded Transfernation, a nonprofit that uses logistics technology to rescue and redistribute extra food from events and cafeterias to those in need around New York City. Both are passionate about food waste and finding efficient and sustainable means to improve communities’ abilities to communicate and re-distribute valuable resources.

Rigu is the co-founder and CEO of Safi Organics, a company that produces and sells the carbon negative fertilizer, Safi Sarvi, to farmers in Kenya. His company uses local farm waste to produce the fertilizer, creating a product that increases rural farmers’ yields and reduces soil acidity. As a result, it helps farmers increase their yields by 30 to 50 percent and income by up to 50 percent. Prior to starting Safi Organics, Rigu studied Agricultural Development at the University of Nairobi and worked as a farm manager and teacher in his community.

Hailing from Champlain Valley, New York, Von Tscharner Fleming is a farmer, activist, and dynamic organizer dedicated to supporting and connecting American farmers. Soon after graduating from U.C. Berkeley, she founded The GreenHorns, a grassroots nonprofit that uses a variety of programming and media to recruit, promote, and support young farmers. She also serves as the board president of Agrarian Trust and is the founder of Farm Hack, two organizations working to create open networks and tools to support new farmers in sustainable agricultural practices.

Yan is the founder of Little Donkey Farm, the first CSA in China. Launched in 2008, Yan began the farm to implement organic and sustainable farming methods after learning about organic farming and the CSA model while working on a CSA in Minnesota. Through Little Donkey Farm and her second CSA, Shared Harvest, Yan aims to build trust between farmers and consumers and further the education and public participation of its surrounding community in food system issues.

A journalist and educator focused on food, sustainability, and social change, Sethi currently serves as an associate at the University of Melbourne’s Sustainable Society Institute and a fellow at the food justice think tank, Food First!. She is the author of Bread, Wine, Chocolate: The Slow Loss of Food We Love and the creator of the podcast The Slow Melt. Sethi has been named one of the top eight women saving the planet by Marie Claire magazine and an “environmental messenger” by Vanity Fair.

The co-founder of the Colombian-based coffee company Azahar, Youngblood has worked to develop a line of single origin coffees that are traceable to individual farmers within Columbia. By raising enough funding to build a coffee roasting facility in Columbia, Youngblood has helped Azahar to keep most of its coffee’s final value within the local community. As a result of he and his Azahar team’s efforts, they have been able to boost their producers’ incomes by 50 to 70 percent as well as provide technical assistance to help improve their farms’ operations.

This news item was originally published on the FoodTank website.

From the Czech Republic to Asia, Africa and beyond my agricultural story so far!

Introducing Dr. Hynek Roubík, an expert in organic waste management and sustainable technologies, leader of the Biogas Research Team at the Czech University of Life Sciences Prague (CZU), an agriculture enthusiast with a passion for his work and the second-youngest member of the Czech Academy of Agricultural Sciences and Bioeconomy platform of the Czech Republic.

Charles Masereka Yoronimu's commitment to contributing to building sustainable food systems drives him to be an active agent of youth engagement in agriculture.